Yesterday was both a busy and relaxing day for me. My boyfriend and I woke up bright and early to check out another farmer’s market. Then after a light breakfast we went running on the Lakeshore path. It was another pain free three mile run for me so that was super exciting! Since I’m still being cautious, though, today I have to cross train.

After running and lunch I had an interview for a part time job, so hopefully that went well. Then after the interview, I baked a double chocolate zucchini bread, made more energy bites, cleaned the apartment, and cooked dinner with my boyfriend. Housewife status, am I right?! 😉 We ended the day with some Kitchen Nightmares and a documentary called Place at the Table on Netflix. Exciting stuff, right? 😛 Sometimes you just have to have chill days like that though.

Now, I’m currently starting the day off right with a big ol’ cup of coffee after an awesome breakfast of homemade triple vanilla french toast. I guess I’m biased, but french toast made with almond milk is the best breakfast, with pancakes and oatmeal in a close second and third. Today, I wanted to share the french toast recipe with all of you as well as the double chocolate zucchini bread I made last night for some Thursday treats! With fun names like triple vanilla french toast and double chocolate zucchini bread who wouldn’t want to make them?! Furthermore, both recipes are vegetarian (as long as you are a vegetarian that still eats eggs and/or uses milk products). 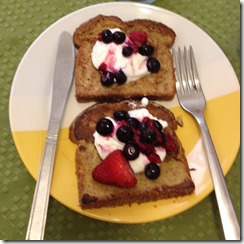 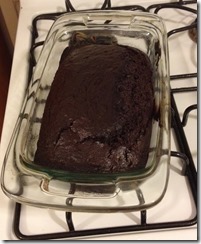 First, I will share the triple vanilla french toast which I made from the Runner’s World Cookbook. It is a perfect post workout recovery meal because it has a calcium, vitamin c, fiber, and protein. I made the double vanilla french toast by Liz Applegate, PhD on pg, 32, but made some modifications. I used vanilla almond milk instead of regular cow’s milk, whole wheat bread instead of whole grain sourdough bread, and topped it with just yogurt and berries not the maple vanilla mixture and berries. It’s called triple vanilla because I made it with vanilla almond milk, vanilla extract, and vanilla greek yogurt! Here’s a link to the original recipe found in the cookbook: http://www.lehighvalleylive.com/food/index.ssf/2013/10/runners_world_race_breakfast_a.html

1. Spray a large skillet with cooking spray and heat over medium heat. 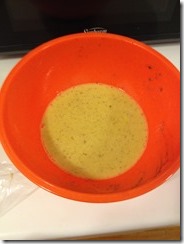 3. Dip each piece of bread into the mixture and allow them to soak up a lot of the mixture.

4. Place the soaked bread slices on the skillet one or two at a time and cook until browned  on one side (approx. 3-5 minutes) and then flip the bread and cook the other side until browned (approx. 2-3 minutes). 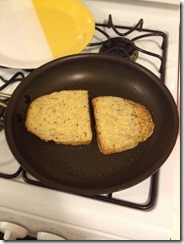 5. Serve the french toast topped with vanilla greek yogurt and berries (or maple syrup and berries like my boyfriend did) 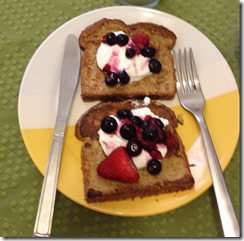 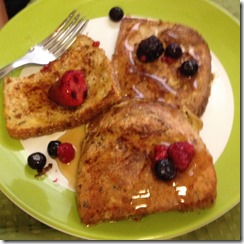 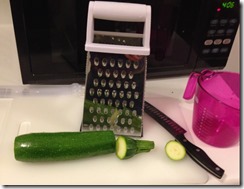 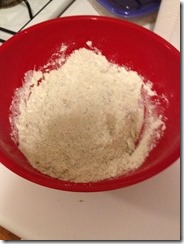 4. In a small mixing bowl whisk the eggs, then mix in the oil, cocoa powder, and vanilla extract. Once all mixed add in the shredded zucchini. 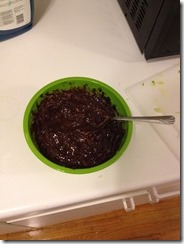 5. Add the contents of the small mixing bowl to the large mixing bowl of dry ingredients and mix well until combined. 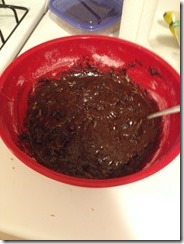 6.  Fold in the dark chocolate chips and then scrape the mixture into the greased baking dish.

7. Bake for approx. 55-65 minutes at 350 degrees  until the bread rises and a toothpick inserted in the center of the bread comes out clean.

8. Once removed from the oven cool for at least ten minutes before cutting and enjoying. Once completely cooled wrap in aluminum foil and can be stored at room temperature for several days. 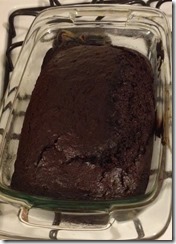 I hope all of you have great Thursdays and enjoy these tasty treats! 🙂

What is your favorite thing to eat for breakfast?