The Chicago marathon lottery that is!

Sorry, if you were hoping it was the $$$ kind of lottery…no, I cannot buy you a Ferrari or fund your child’s college education! 😜 Honestly, getting in the Chicago marathon feels like a million bucks, even if this prize is only worth $195… of my own money…oh wow, that’s awkward I almost forgot I pre-paid for this race! 😂

Running the Chicago marathon has been on my running bucket list since I graduated from college and moved to Chicago in 2014, but for many reasons it has not happened yet. Between graduation in 2014 and now I’ve only entered the lottery one other time- in 2015- and I was not chosen. It was a blessing in disguise, though, because I spent most of 2015 injured and would not have been able to train adequately once I was healed up in the middle of the summer. I’ve been at the marathon every year since I moved here to volunteer and/or cheer people on. And before 2014 I used to watch the live stream on TV!

A look back at my Chicago Marathon experiences over the years: 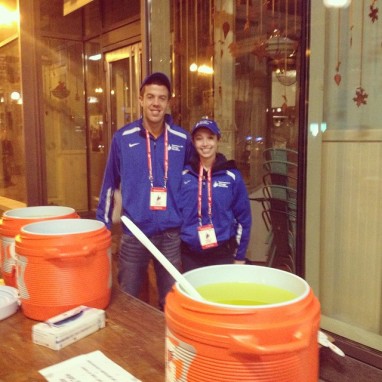 (L: Volunteering at the first water stop in 2014 with my now husband/ R: Hanging at the post-race party in 2014 to congratulate my now mother-in-law for finishing) 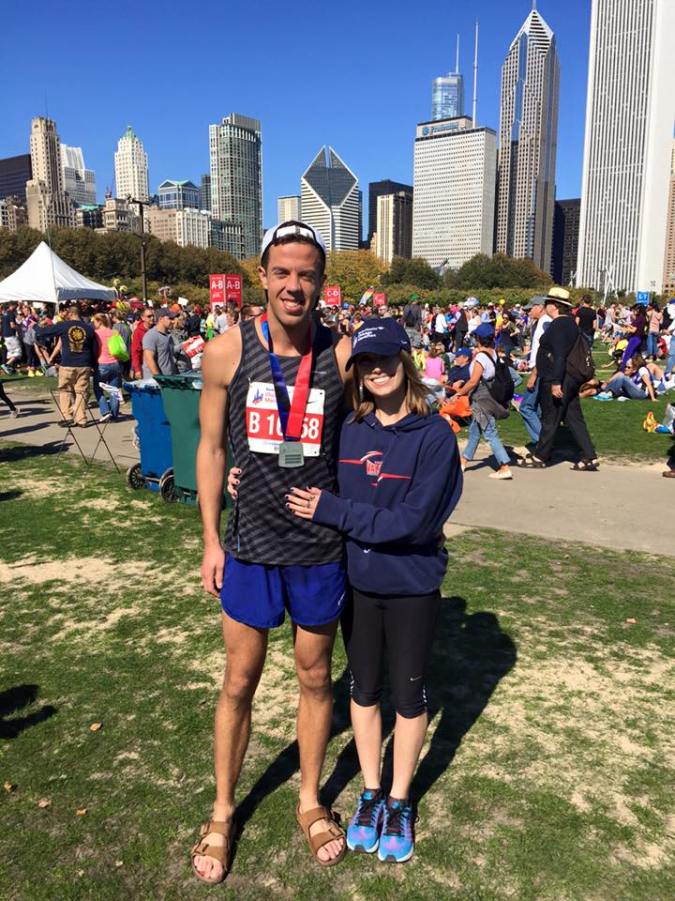 (In 2015 with my now husband after the race. He PRed in his first Chicago and second ever marathon. He’s hoping to run well under 3 hours in 2018! I also volunteered at the first water stop in 2015 with my now mother-in-law.)

(In 2016, after the race where my now husband proposed! See more about the proposal below. I volunteered at the first water stop again with my now mother-in-law and sister-in-law and he ran.)

(2017 was the only year I did not volunteer at the first water stop. My husband and I just watched my mother-in-law run and we did a 7 mile run in between all of the cheering.)

In 2018 I’m ecstatic to finally be the one racing and not watching! The Chicago marathon holds a special place in my heart because it is where I got engaged in 2016! 🙂

The brief story (maybe I’ll share a more detailed version in the future :P): After the race and in the post-race party, my now husband told me he wanted me to buy him beer, so I started walking toward the vendors. He then jogged up behind me and said he wanted to join me in buying the beer…but then he stopped me, got down on one knee, and proposed! 🙂 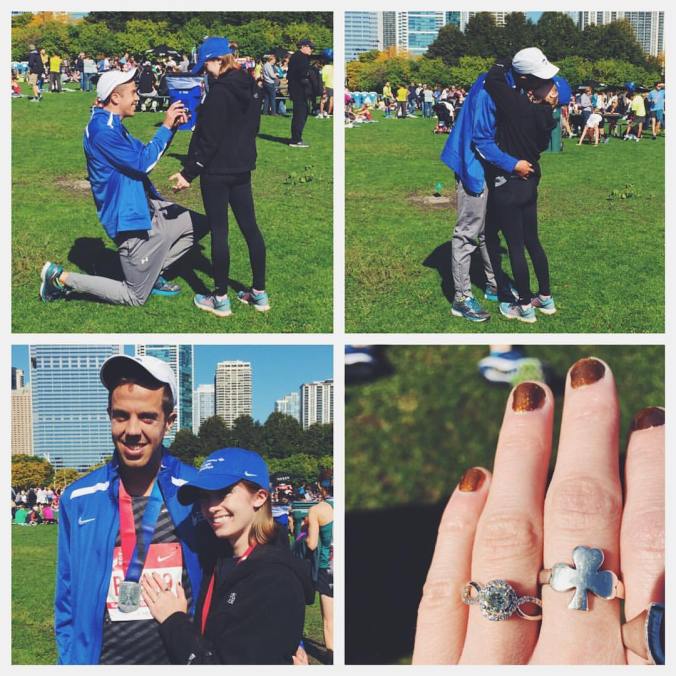 The only bummer is that this year my husband he did not get in the race, despite running a fast enough time to automatically qualify him (although he did not run a marathon in 2017, so his time is over a year old, and maybe that’s why he did not get in). I was hoping for us to be together for my first marathon, but at least he can still watch me!

We are both avid, passionate runners and our relationship started in high school (2009) because of running and it continues to be one of the greatest sources of joy in our marriage. We are looking into other marathons for him to run instead of Chicago or he could be a charity runner. He’s being an awesome sport about it and is genuinely happy for me!

7 thoughts on “I won the lottery!”